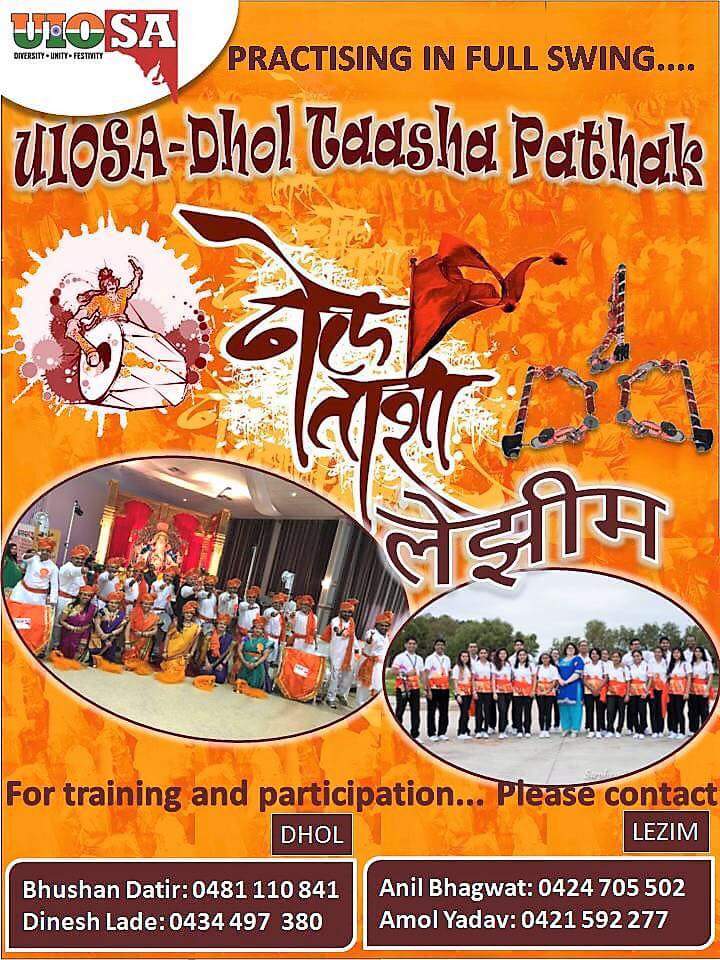 Maharashtrian Dhol is played in war preparations to inspire soldiers, after war to mark triumph and bravery and in festivals to make them dance on beats. Large tin or wooden barrel with leather stretched on each end makes Dhol to create vibrations along with base sound which resonate in people around it. The hypnotic sound make almost each listener to move with beats. Fleet of Dhols is partnered with smaller trumpets called as Tasha, smaller and lighter but very effective. Its fun not only listening Dhol and Tasha but playing it with other players is a lot fun.

Lezim is a small hand instrument with a foot long stick with some metal straps. When played in synchronisation creates a beautiful chime sound, but be careful, playing Lazim is not music…. It’s a dance form!! Its in fact dancing on own tune…!!!